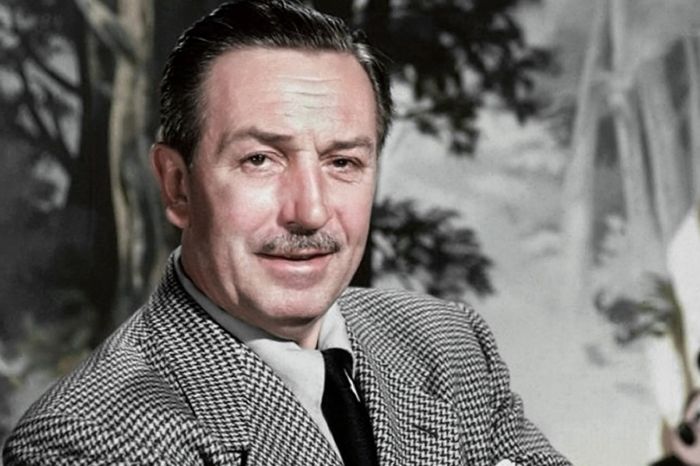 In the year 2020, Disney is one of the largest media companies on the planet. Their acquisition of FOX in 2019 was the latest in a shopping spree of many companies and film rights. Such as their purchase of Lucas Film which gained them the entire Star Wars franchise, and Marvel which led to their biggest money maker in the film industry, The MCU.

The idea of Disney becoming so large because of properties that they have purchased, and not having to create something original is nothing new. In fact their entire history is flooded with the monetization of stories they did not create.

Disney’s first animated feature, and what really shot them to fame, was Snow White. (1938) Snow White is of course a classic fairy tale from the Brothers Grimm, published in their first book in 1812. By the time Walt Disney came around with his dreams of animation, the story was not under any copy-right law. This allowed him to take the classic story, alter it, and create an animated version.

Disney proceeded to follow this pattern of taking stories from the public domain (The public domain is the state of belonging or being available to the public as a whole, and therefore not subject to copyright.) Disney would follow Snow White up with the following animated movies.

Pinnochio, Fantasia, Dumbo, Bambi, The Adventures of Ichabod and Mr. Toad, Cinderella, Alice in Wonderland, Peter Pan, Lady and the Tramp, Sleeping Beauty, One Hundred and One Dalmatians, The Sword and The Stone, The Jungle Book, The Aristocats, Robin Hood, and so many more.

Can you guess what each of these films are based on already published works? That’s right, all of them. It keeps going on as well, even classic films such as The Lion King, and Aladdin are based on public domain works. The former being based on Shakespeare’s Hamlet, and the latter an actual novel.

Even their latest big animated hits Frozen and Frozen 2 are based on the novel “The Snow Queen” by Hans Christian Andersen. But don’t worry, Disney has of course had some original films in their almost fifty years since founding.

Exactly ten of their fifty-eight animated feature films are original works. If you look at Disney live action movies, the number jumps up a good bit to about twenty total original stories. This is super interesting as the majority of their films such as Beauty and the Beast, are considered “Disney movies” by the general public.

Is this a smart business model? Should we condemn Disney for this process? I don’t think so, in fact it was very intellegent move for Walt himself to incorporate. He was an animator, he wasn’t a storyteller. So he took from the Public Domain, which is available for anyone to use, and created beautiful pieces of art out of them.

Walt Disney, and his company after him, have taken unknown or forgotten stories, fairy tales, and historical legends (Pocahontas) and created amazing films, both animated and live action, for the world to enjoy. To blame them for their lack of creativity is not the point, when they never claim to be coming up with these ideas.

In fact the only films that they call “Originals” are the films made for their television network Disney Channel. Those films, such as High School Musical and Halloween Town, were actually original stories created specifically for television release.

What do you think about Disney utilizing already written stories for their films? Do you think it’s cheating? Do you love the films regardless of where they came? Be sure to let us know what you think! 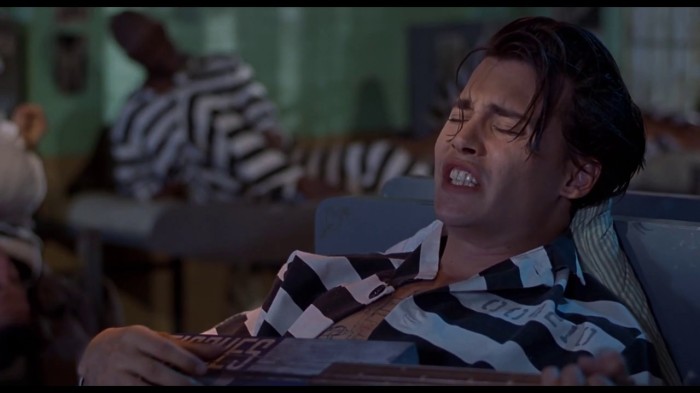 With films such as Grease and Hairspray hitting pop culture hard in the 80’s, it was about time that someone came in to make fun of it all. The art of parody has been mastered by many in the world of cinema over the years, most notably by big names like Mel Brooks and Gene Wilder. However, when it came to creating the parody for the greaser genre who was better than one of it’s originators?

John Waters just came off of the hit film Hairspray, and decided to poke fun at it with his next film. He wrote and directed Cry-Baby, starring Johnny Depp. The film is about a young juvenile delinquent named Crybaby, and his gang of “drapes.” They are a white trash gang consisting of Crybaby’s sister, Pepper, who even though is only 16 has two kids and one on the way. A girl named Hatchet Face, her boyfriend Milton, and a blonde bombshell named Wanda.

This gang is living the good life at their favorite hang out, Turkey Point. Which is owned by Crybaby and Pepper’s grandparents (played by Iggy Pop and Susan Tyrell.) Not only are they all best friends but they’re also a band! Performing rock and roll with King Crybaby himself as the lead singer.

When Crybaby falls in love with Allison, who is a square (the preppy kids in town), things descend into chaos. Its the classic Romeo and Juliet forbidden love that we all love to see. A giant turf war breaks out between all of the drapes and the squares. Sending Crybaby to prison!

Will Crybaby get out of prison? Does he get the girl? Will Pepper have her baby?? I’m not going to tell you. You should definitely watch the film for yourself as it is an absolute masterpiece that has somehow been hidden in modern pop culture. So what makes it so great?

This film does everything right, it makes fun of films like Grease while still telling a really fun story for itself. The acting is top notch, but not in the way that you think. The actors perform the goofy lines so dramatically, that it would give the cast of Riverdale a run for it’s money. The overacting does a great job of making fun of how awkward it is for adults to say high school slang like John Travolta does in Grease.

The cast does a great job of over acting, but they also excel at the comedic delivery of the actual jokes. Hilarious one liners such as “My brother wouldn’t touch your titties with a ten foot pole!” are perfectly timed throughout the entire hour and a half film. Johnny Depp, coming off of the hit show 21 Jump Street, gives a performance that shows just how talented he really is. Nailing the goofy, over exaggerated, bad boy character that cries a single tear whenever he’s sad.

Another layer of this comedic onion of a film, is the music. Crybaby and gang sing a total of twelve songs in the film, all of them home runs. Whether it’s Crybaby introducing himself to the audience with the song “King Cry-Baby” or Allison begging for his release from jail with the amazingly catchy “Please Mr. Jailer.” The songs are just as entertaining and catchy as all of your favorites from Grease, West Side Story, Hairspray, etc.

After the film, John Water’s took his latest creation back to the stage and Cry-Baby actually went on to enjoy a run on Broadway. The musical even acquired quite a bit of success, getting nominated for four Tony awards.

The film is one of my personal favorites in the comedy/musical genre, and over the years it has become something of a cult classic. However, I don’t think that’s good enough for a film as hilarious and fun as this one. I highly recommend it, and hope you think of it for your next movie night at home.

Have you seen Cry-Baby? Tell us about it!